The Fallacy of “Free” 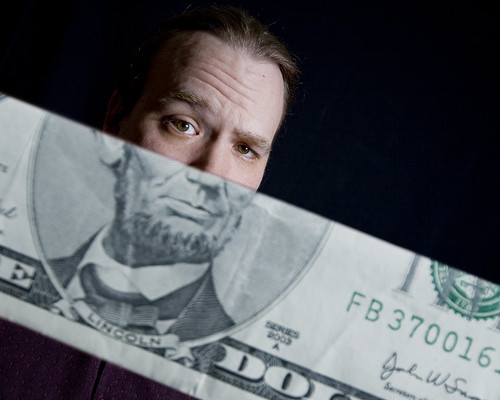 “The idea of a pure gift is a contradiction.”
– Mary Douglas

“Free” is a term that has come into vogue in recent years to describe many of the systems of information and services made available in the so-called new media landscape. In 2008, Wired.com editor Chris Anderson proclaimed “free” to be “the future of business” (Anderson 2008) on the web. But the word “free” means to be exempt from something, so in calling these things free, we need to be able to answer the implicit questions of what, exactly, are they free from?

“Free,” in many cases, has been conflated with “no-cost,” with the suggestion that the web is rife with free goods and services — free email, free social networks and video hosting sites, free content and information — because we don’t have to pay for them. The Free Software movement often tackles precisely this problem in which “free” is forever assumed to be a measure of monetary value. Not all uses of the loaded term, however, as thoroughly thought-through as that employed by the Free Software folks, and there’s certainly an important lesson to be learned from an old joke amongst users of Linux: it’s only free if your time isn’t worth anything. This joke gets to the heart of why the term “free” is problematic for describing the new economic and social models emerging online: to continue to call these things “free” implies that money remains the only thing of value to be given or gained, a proposition that runs counter to how most of these systems are regulated.

As we suggested in “If It Doesn’t Spread, It’s Dead,” the flow of information and services online is in many cases regulated in ways similar to those of gift economies, in which things like social prestige, reputation, and cultural capital are the central tokens of value and exchange. These types of exchanges are the ones typically referred to as “free.” However, as Mary Douglas reminds us in her foreward to Marcel Mauss’ foundational text on Gift economies:

“the whole idea of a free gift is based on a misunderstanding. What is wrong with the so-called free gift is the donor’s intention to be exempt from return gifts coming from the recipient. Refusing requital puts the act of giving outside any mutual ties. Once given, the free gift entails no further claims from the recipient. The public is not deceived by free gift vouches. For all the ongoing commitment the free-gift gesture has created, it might as well never have happened. According to Marcel Mauss that is what is wrong with the free gift. A gift that does not to enhance solidarity is a contradiction” (Douglas 2000: vii)

In other words, something that is totally free — something given completely exempt of both cost and social obligation — is extremely undesirable in the context of any economy because it precisely does not enable any form of exchange, monetary or otherwise. A totally free gift — a true give away — is a unidirectional, one-time action, in which nothing is returned.

In monetary, commercial market exchanges, the exchange is “free” in the sense that it’s discrete and does not insist on future ties and obligations to the vendor because I pay for the thing being exchanged. If I get a cup of coffee from a Starbucks, in paying for my coffee, I have severed all further obligation to the place and the person selling me the coffee. In fact, it would be incredibly strange for me to bring my barista a cup of coffee the following day. In non-monetary, non-market (or “gift”) exchanges, the content of the exchange is “free,” but the exchange itself comes with social ties. So if my neighbor invites me over for a cup of coffee and I accept, I don’t have the pay for the coffee, but it would be considered rude if I totally ignore my neighbor later if we were to pass in the hall.

Thus non-monetary — so-called “free” — exchanges are actually the opposite of free in the sense that they actually create ties and obligations between the parties involved in the exchange. These ties may be informal, such as a set of implicit social protocols of behavior such as acknowledging the presence of something you’ve shared food with, or they might be formalized within a Terms of Service agreement. Thus, if I contribute a photo to a flickr community, or upload a video onto Youtube, or write and share a piece of fanfiction, I have given away my work for “free,” but I have opened the door to form social ties with the communities I am engaging in. Similarly, sites like Youtube and Flickr are offering me a “free” service, but establishing an ongoing exchange with me for the contribution of content, audience-draw, and data. That we continue to call these exchanges free suggest that we need to expand our definition of what is valuable.

The fallacy of “free” therefore, comes down in many ways, to a problem of language. However, as we showed in “If It Doesn’t Spread, It’s Dead” with the use of the term “viral,” language is never a small matter because it both describes and enacts power. That is to say, the words we use to describe things also influence how we understand them. In the case of “viral” marketing, as we persisting in talking about it as such, we continually obscured user-agency in the passing of content, which prevented people from asking the crucial question of why and for what purposes content circulated. Similarly, if we continue to talk about these systems as “free” or “give away,” we perpetuate the perception that there is nothing being given back, that there is no exchange. In short, it makes it difficult to analyze the changing terms of transactions between businesses and users in so-called “free” models if we persist in speaking as if there is no transaction taking place.

Anderson’s proposed models are a perfect example of the difficulty the language of “free” presents. Anderson himself clearly understands and acknowledges the need to expand the definition of value, concluding that “[Attention and reputation] are the new scarcities . . . Free shifts the economy from a focus on only that which can be quantified in dollars and cents to a more realistic accounting of all the things we truly value today.” However, he suggests that some of the most successful web companies, such as Facebook and Google, are instances of a two-sided market wherein “the minority of customers who pay subsidize the majority who do not. Sometimes that’s two different sets of customers, as in the traditional media model: A few advertisers pay for content so lots of consumers can get it cheap or free” (Anderson 2009).

The problem here is that even as Anderson pushes for moving the economic focus away from monetary value, the suggestion that advertisers are paying in the place of the users puts the emphasis back on money as the only measure of compensation, when in fact the users are paying — they are paying in data and labor that makes services like Google and Facebook work. So advertisers are, in fact, paying for users, not in the sense of paying in place of them, but paying for the value they have handed over to the web company in exchange for services.

My point here then is not to pass judgement on the models that “free” seeks to describe, but rather to point out that the discourse of “free” is locking us into a very limited definition of value that is insufficient in describing the complex and evolving sets of social and economic relations that characterize a significant portion of what generates worth in a digital, networked economy. In continuing to frame these increasing complicated and multi-party exchanges as “free,” we inherently devalue everything that is not money, everything that does not fit within the previously established criteria and business models that we have already proven to be out of date and in many way insupportable in the current media landscape. And in doing so, we continue to speak as if social worth, brand goodwill, fan advocacy, is still somehow “surplus,” just a byproduct or precursor to the real return, when what we need to do is recognize that these things are the exchange. What is happening is not a giveaway, it is another form of exchange operated under a new set of standards and regulations, and it is not until we recognize this that we can begin to examine what those standards and regulations are, and how they are formed and negotiated.

This entry was posted on Wednesday, March 18th, 2009 at 12:49 am and is filed under essays, research. You can follow any responses to this entry through the RSS 2.0 feed. You can leave a response, or trackback from your own site.